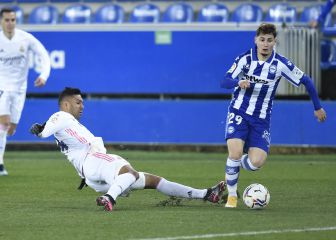 According to reports in the UK, the Premier League club have been in touch with the Bernabéu as they attempt to steal a march on the Italian champions.Liverpool vs Manchester United: Premier League

Real Madrid full back Danilo has emerged as a target for Liverpool and Juventus, according to reports in the UK, which state that the Premier League club have already made preliminary contact over the Brazilian and that a move to Anfield would be of interest.

Jürgen Klopp is already planning for the 2017-18 season and Danilo recognizes that with Dani Carvajal firmly embedded as first choice at right back his opportunities will remain limited at the Bernabéu.

It is believed Liverpool have got the ball rolling to ward off the interest of Juventus. The Italian giants are unsure of Dani Alves’ intentions beyond this season with the Brazilian receiving a series of succulent offers from the Chinese Super League. If Alves decides to join the exodus to the Far East, Juve are keen on bringing in his compatriot as a replacement.