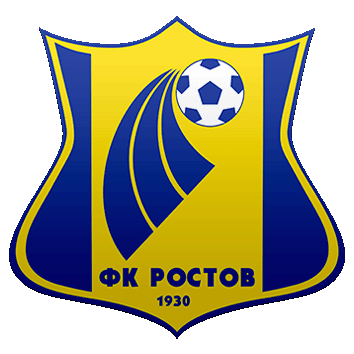 17' Change Out Granat in Terentjev

73' Change Out Bukharov in Azmoun

66' Change Out Mkhitaryan in Anthony Martial

91' Change Out Ander Herrera in Carrick

Mourinho's team dominated the first half but faded as the match wore on. Bukharov cancelled out Mkhitaryan's opener at the start of the second half.

Henrikh Mkhitaryan bagged a precious away goal as Manchester United came away from their trip to Russia with a 1-1 draw in the first leg of their Europa League Last 16 tie against Rostov this evening.

On a dreadful pitch, the state of which had United manager José Mourinho fuming on the eve of the game, Mkhitaryan turned in the opener 10 minutes before half-time. But Aleksandr Bukharov levelled for the home side in the 53rd minute at the Olimp 2 stadium, keeping Rostov hopes alive ahead of next week's return at Old Trafford.

The build-up to the match had been overshadowed by United's complaints about the playing surface and about concerns travelling fans could be targeted by Russian hooligans. However, the evening passed off without incident inside the ground, where a little over 200 United supporters were in attendance along with ex-United assistant coach Carlos Queiroz.

“It was a very good performance in relation to the conditions. It was impossible to play better, impossible to play a passing game,” Mourinho told BT Sport. “We played what the game demanded and we played well. We made one defensive mistake. I remember as a kid some matches like this in Portugal - non-league and amateur pitches. To see my players coping with it and the humility to fight for every ball is a good feeling for me. We have an open result for the second leg with a little advantage for us. There are no injuries”.

Changed United side in Rostov

The result saw the visitors extend their recent unbeaten run in all competitions to 10 games as Mourinho made seven changes to the team held by Bournemouth last weekend. One of those brought back into the starting line-up was Mkhitaryan, and it was he who swept United in front in the 35th minute from close range after some fine build-up play involving Marouane Fellaini and Zlatan Ibrahimovic.

Nevertheless Rostov, who sit seventh in the Russian Premier League but had already won at home to Ajax and Bayern Munich in Europe this season, drew level thanks to a wonderful finish shortly after the break. Timofei Kalachev delivered a ball over the top that was controlled on the chest inside the box and then fired home by Bukharov to secure the draw.

Elsewhere, there was no shortage of entertainment in France, where Olympique Lyonnais took the lead, then went behind before coming back to beat Roma 4-2 in a superb encounter. Young defender Mouctar Diakhaby turned in an early opener after Rafael had helped on a Mathieu Valbuena free-kick, but his slip allowed Mohamed Salah in to equalise for Roma on 20 minutes.

Federico Fazio then headed in a Daniele De Rossi cross to put the Italian side in front before the interval, yet the hosts fought back again in the second period. Corentin Tolisso combined with Alexandre Lacazette before beating Alisson Becker with a fine strike, and Nabil Fekir came off the bench to score a sensational third for Lyon in the 74th minute. Roma, currently second in Serie A, would still have been hopeful of turning things around in next week's second leg but Lacazette thundered in the hosts' fourth in stoppage time to give Lyon a two-goal cushion.

All level in Germany

Meanwhile, Schalke 04 came from behind to draw 1-1 at home to Borussia Mönchengladbach in the all-German tie in Gelsenkirchen. Gladbach won 4-2 at home to Schalke last weekend and went in front on Thursday through Jonas Hofmann, only for Guido Burgstaller to equalise for the hosts.

Beauvue to the rescue in Vigo

Claudio Beauvue netted in the last minute as Celta Vigo beat Krasnodar 2-1 at Balaídos, while Vincent Aboubakar cancelled out Esteban Cambiasso's goal as Besiktas drew 1-1 away to Olympiacos in Greece.

Good team work, everything will be decided in the second leg,thanks to our traveling fans 🔴 #EuropaLeague pic.twitter.com/MuyOlTUAg8

We wanted more, but we take home a draw and an important away ⚽ Thanks to all #mufc supporters for covering such a long distance #UEL pic.twitter.com/56ELsfBQ5G