Aitor Karanka has no doubt who the world's best coach is, picking Jose Mourinho ahead of Pep Guardiola.

Jose Mourinho is the world's best coach, not Pep Guardiola, according to Middlesbrough manager Aitor Karanka.

Mourinho and Guardiola arrived in Manchester ahead of this season, appointed at United and City, respectively. Karanka, whose team face City in the FA Cup quarter-finals on Saturday, believes United picked up the better tactician.

"I've never worked with Pep, but Jose started this season with some criticism, but he has already won two trophies for Man United. Jose is the best for me. I think Pep has to win the Premier League to prove [he is one of the best]. I think he has to win a trophy [this season]."

Two trophies amid criticism for Mourinho

Mourinho has led United to Community Shield and EFL Cup success this season, while they are still in contention for the Europa League and FA Cup. City are in the hunt for the FA Cup and Champions League, with Antonio Conte's Chelsea flying high atop the Premier League. And Karanka believes Guardiola, who had trophy-laden spells at Barcelona and Bayern Munich, has taken time to adjust in England.

"I think he's realised that this is a different football, a different league, and he has grasped how difficult the challenge is. It's taking him time to adapt and it's not been easy for him," he said. 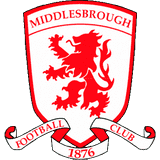