Neymar touch and go for Barcelona's trip to Riazor 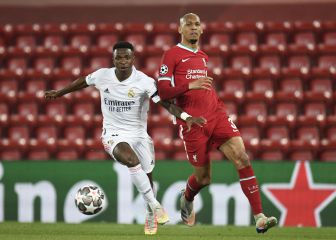 Neymar touch and go for Barcelona's trip to Riazor

The Brazilian is carrying a knock picked up in Wednesday's historic comeback against PSG in the Champions League.

The effects of the PSG game

The fallout from Barcelona's historic comeback against PSG in the Champions League, when they turned around a 4-0 defecit from the first leg by thrashing the Ligue 1 side 6-1 at the Camp Nou, could be on view as Luis Enrique's men turn their attentions to LaLiga with a trip to Riazor to face a Deportivo La Coruña side teetering above the relegation zone.

Neymar, one of Wednesdays star performers and the driving force behind Los Culés jaw-dropping victory, particularly in the closing stages, is currently carrying a knock and will await a decision from the club's medical staff over his participation in Galicia.

A chance for Arda

The Brazilian could stay behind in Catalonia, leaving the door open in the starting eleven for Arda Turan, who has impressed, especially in training, starting on the left. Rafinha is also ruled out through injury.