Real Madrid have identified a replacement for Pepe

Real Madrid have identified a replacement for Pepe

The Bernabéu have reached a verbal agreement with Felipe Monteiro's agent for the Porto player to reinforce Zinedine Zidane's squad next seasonvReal Madrid - Alavés: LaLiga 2017-18

Real Madrid are increasingly certain that Pepe will not be at the club next season and have identified a replacement for the Portuguese: Porto’s Felipe Monteiro.

The Bernabéu board have been in touch with the player’s representative, Giuliano Bertolucci, and have reached a verbal agreement for the 27-year-old to move to the Liga leaders ahead of next season. Madrid will now have to negotiate with Porto for Felipe, who only joined the Portuguese side from Corinthians last year, but the cordial relations between the clubs suggest that there will be no major issues. Porto are also in need of funds as they have to meet a 100-million-euro debt during the summer and they can expect to prise a decent fee for the Brazilian from the Bernabéu.

Felipe has a contract at Porto that runs until June 2021 and a minimum release clause of 50 million euros. However, sources close to the Portuguese club consulted by AS have claimed that an offer in the region of 25 to 30 million euros should convince Porto to do business.

Felipe is an interesting prospect due to his speed and physical power and a love of basketball that has garnered him with a powerful leap and good aerial skills. His performances for Porto this season have earned him a first-ever call-up to the Brazil national team under Tite for the upcoming World Cup qualifiers.

According to the same sources, Zinedine Zidane has given his approval for the transfer after studying reports on the central defender and Real scouts have been watching Felipe for some time. 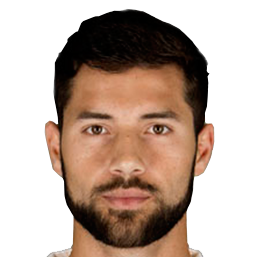 Courtois remains coy on any potential move to Madrid

Madrid and Barça to duke it out for Portuguese wonderkid