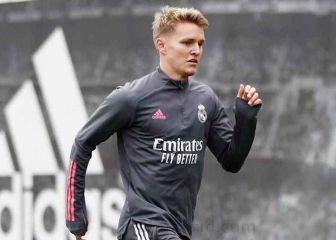 Atletico Madrid welcome Bayer Leverkusen to the Vicente Calderon for the second leg of their last 16 Champions League clash having beaten them 4-2 at the BayArena three weeks ago.

Bayer Leverkusen took the most drastic measure possible when they sacked Roger Schmidt after three losses against Atletico and then Mainz and Borussia Dortmund that could very well define their season. They brought in Tayfun Korkut and he has overseen a 1-1 draw with Werder Bremen in his only game in charge. Atletico, on the other hand, have won two drawn one and lost to Barcelona since their trip to Germany. Atletico hold the advantage from the first leg but don't expect them to sit back and defend like days of old given the team they have named.

Diego Simeone has picked a relatively inexperienced eleven to play Bayer Leverkusen in the absence of players such as Gabi, Filipe Luis and Kevin Gameiro. Cholo has gone for Thomas in midfield with Saul just like he did against Granada while Stefan Savic, who suffered a broken nose in that game, is replaced by Jose Gimenez. Lucas Hernandez will play at left-back in place of Filipe Luis and Angel Correa has a big chance to shine in the absence of both Fernando Torres and Kevin Gameiro.

Atletico Madrid target Kevin Kampl starts for Bayer tonight along with Kevin Volland, who came on in the first leg. Meanwhile, Tin Jedvaj starts at the back too having been left out of the team the last day. Jonathan Tah remains out with a muscular injury and the imposing centre-half will be a big loss for Korkut's side in a game that Bayer simply can not concede in.