Asier Illarramendi could be forced to abandon Spain camp

Asier Illarramendi could be forced to abandon Spain camp

The Real Sociedad midfielder will undergo tests on his ankle to determine whether he will abandon the Spain or continue.

Asier Illarramendi is due to undergo tests on a sprained ankle to see whether he is able to continue with the Spain squad or abandon the Ciudad del Fútbol and return to San Sebastián to recover. The Real Sociedad midfielder has been unable to train with the rest of Julen Lopetegui's squad on the first day of international duty in Las Rozas. Illarra was expected to earn his first senior cap after receiving a surprise call-up by Lopetegui for this month's internationals. 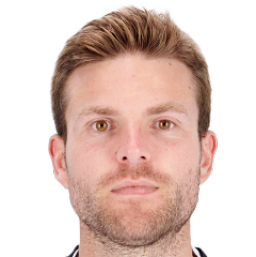 Spain take on Israel in Gijón

Lopetegui's men are in action on Friday when they face Israel at El Molinón in their fifth 2018 World Cup qualifying game. Four days later they play France in a friendly in Paris. RFEF medical staff will wait until they have the results of today's tests before deciding whether Illarramendi will be able to take part in at least one of Spain's games or whether Lopetegui will need to find a sustitute.

Iker Casillas out of Spain squad, Deulofeu and Illarramendi in