Javi Martínez joined Deulofeu in today's press conference, in which both spoke about Friday's opponents Israel, their future, their team mates.Real Madrid vs Barcelona: El Clásico

Javi Martínez and Gerard Deulofeu faced the media in the Ciudad del Fútbol press room after Wednesday's training session. Both players spoke about their current situations with their respective clubs, Bayern Munich and Everton and we as Friday's 2018 World Cup qualifier against Israel.

Javi Martínez: "Iniesta's starting to go a bit grey but he's just as good a player as he's ever been"

Two years of injuries: "Ancelotti gives me confidence and I feel good in myself. Injuries have stopped me getting consistency. After injuring my knee, I was two years without playing regularly and I was ruled out of the national team. So you can imagine how I feel to be back".

Iniesta and Xabi Alonso: "Iniesta's starting to go a bit grey but he's just as good a player as he's ever been. As for Xabi, I have learned something from him in every training session. Technically and tactically he is unbelievable".

Deulofeu: "If I hadn't gone to Milan, Spain would not have called me up"

Great moment of form with Milan: "I'm very happy in Italy and with the support that the coaching staff and my team mates give me.

Possibility of returning to Barcelona: "(Laughs) I knew that question was coming! Football has taught me to forget about the past and to live in the present. I am happy in Milan and right now I am focusing only on the national team. I just hope to end the season and we'll see what happens after that. When Milan showed an interest in me, I was left in no doubt. The confidence and the way I have been treated has helped so that now I am performing well. I'm at a good level and I am working hard. I was a little surprised to be called up but I have been in the preliminary list before. If I hadn't gone to Milan on loan I don't think I would be with the national team now. Milan is a great club but I don't want to think any further ahead than that".

Iniesta: "It would be a mistake ever to doubt Iniesta. I've been able to train with him and I have learned so much". 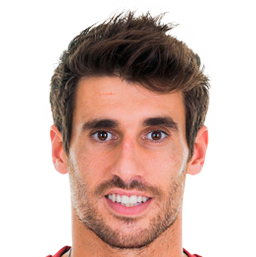 Jordi Alba less confident with Barcelona than with Spain

Azpilicueta gives Isco a taste of his own medicine in training