The Dutchman, formerly of Real Madrid, maintained that his failure in Andalusia was not his fault, and that he was 'the best player on the pitch' when fully fit.

In an interview with Dutch newspaper De Telegraaf, Rafael van der Vaart recalled with bitterness his year at Real Betis. The central midfielder, currently playing for Midtjylland in the Danish league, maintains that his lack of playing time in Andalusia was through no fault of his own.

'I was the best player'

‘I barely played during my year at Betis, but when I was at 100 percent, I was the best player on the pitch. I was able to play the full 90 minutes on occasion, but I was out of out of favour at the time. It had nothing to do with my physical state.’

90 minutes currently seems a distant prospect for the ex-Real Madrid and Tottenham player, who has played 12 times in the Danish league this season, but not completed a single game. At Betis, Van der Vaart only started four matches (two in the league and a further two in the Copa del Rey). In those matches, where he was often visibly exhausted, he failed to play beyond 67 minutes. In total, he was on the pitch for 298 minutes in a Betis shirt, registering one assist in the process. At one stage, Betis even attempted to offload the Dutchman to Brazilian club Santos.

Even though he is currently plying his trade in Scandinavia, the Verdiblanco club are still paying a significant contribution of Van der Vaart’s wages (40 percent according to Danish site Ekstra Bladet), and will continue to do so next season.

“I looked at myself in the mirror and I asked myself: ‘what have I done wrong?’ I couldn’t find and answer. One time, I trained well all week, but still couldn’t force my way in to the team. It was stressful, and I thought: ‘the best thing is to say goodbye’”

Van der Vaart continues to be plagued by injury in the Nordic country. He has not played a single minute since the Danish league restarted after the winter break, several weeks ago. In Denmark, questions have been raised as to whether the transfer was necessary, and as to whether Van der Vaart will remain in the country for the full two years of his loan. Yet Betis are unwilling to lose more money through the Dutchman. His return, therefore, looks unlikely. 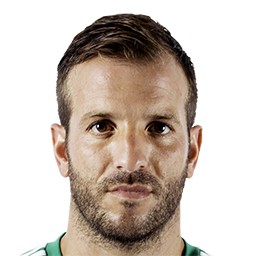