31-year-old winger Navas is expected to re-join the LaLiga club in the summer after spending four seasons in the Premier League.Manchester City vs Napoli: Champions League

Jesús Navas appears ever more likely to return to Sevilla this summer, four years after leaving the Andalusians for Premier League side Manchester City.

Navas has become an increasingly peripheral figure at the Etihad Stadium in 2017, making just two league appearances since the turn of the year.

In the Champions League, meanwhile, the Spain cap featured for a total of one minute of City's recent last-16 tie against Ligue 1 leaders AS Monaco.

Time is right for Navas to make Sevilla return

The winger is out of contract in June and is said to feel it is the right time to re-sign for the club he played for nearly 400 times after joining its youth set-up at 15.

Navas is from Los Palacios, located just outside Seville, with his strong emotional ties to the area seeing him jet back to southern Spain whenever possible.

His camp are now in regular contact with Sevilla, where he won two UEFA Cups, two Copas del Rey, a UEFA Super Cup and a Spanish Super Cup from 2003 to 2013.

It is also understood that his four-year-old son has already been enrolled at a primary school in Los Palacios for the coming academic year.

In his time at City, the World Cup winner has made 173 appearances and scored eight goals, lifting one Premier League title and two League Cups. 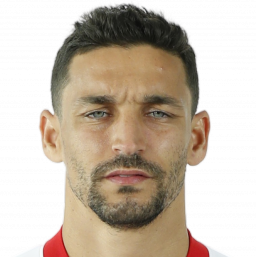 Messi, Zidane, Ronaldinho... Here's how to beat your man

Madrid will play United, City and Barça as part of US tour