Republic of Ireland defender John O'Shea has accused Wales' star player, Gareth Bale, of trying to injure him during the World Cup qualifier between the two countries.

Bale could have been red carded

Speaking after the game the ex-Manchester United and current Sunderland player said:

"I was lucky considering happened to Seamus. On another night there could have been two red cards," referring to the incident that marred the game and saw the Everton defender taking to hospital with a double leg-break.

Asked whether or not the tackle from the Real Madrid star was late, he answered:

"Maybe, but thankfully I'm walking away from it, which is no problem. I can't remember how many stitches it was. The doctor had to stick some in deep and a few dissolvable ones on top. Hopefully it will heal quickly."

And the 35-year old had no problem facing up to tough challenges, especially when teams from the United Kingdom were involved:

"When you're playing England, Scotland or Wales, the games are going to be like that. They are the games you want to be involved in. In a derby game, you're going to expect some tasty tackles - but, as I said, within reason.

"There's no problem getting a hard tackle - but if it's late, it's a different story."

"There's no problem getting a hard tackle - but if it's late, it's a different story."

The Republic remain four points ahead of one of their rivals for the top two spots in World Cup qualifying group D, tied with joint-leaders Serbia. 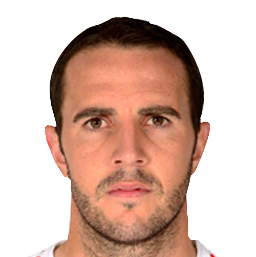