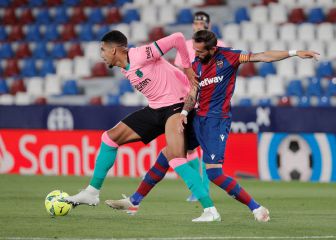 Spain are set to be without Asier Illarramendi in Tuesday's friendly against France, while Gerard Piqué picked up a knock in training in Paris.

Asier Illarramendi is set to miss Spain's glamour friendly against France on Tuesday after picking up a muscle problem in training in Paris.

The Real Sociedad midfielder, who had been in the frame for an international debut, is to have tests on his left thigh to ascertain the exact extent of the issue.

Meanwhile, defender Gerard Piqué was at the centre of an injury scare as La Roja went through their paces on Monday after going down with an ankle complaint.

However, the Spanish Football Federation (RFEF) have not issued a medical report on the Barcelona centre-back, and it appears he will be fit for the match.

Striker Diego Costa, who had suffered a knock in training at the weekend, completed the squad's pre-match session at the Stade de France.

But the Chelsea man, who was among Spain's scorers in Friday's World Cup qualifying win over Israel, is not expected to be risked against Les Bleus.

France vs Spain: live with AS English

You can follow the build-up to France vs Spain and all the action live online with AS English.

France vs Spain: how and where to watch