Diego Simeone has four main targets, according to El Larguero, and will also welcome Theo Hernández back from loan. Giménez could be sold.

Atlético Madrid are looking to reinforce their ranks ahead of next season, and according to El Larguero, Atléti have identified four targets. Fabinho, Kampl, Vitolo, and Cavani are on Simeone’s radar as the club prepares to move to the Wanda Metropolitano.

That said, these ambitions in the transfer market will depend on whether Atlético will be able to overturn their transfer ban.

Vitolo and Cavani are both long-term targets. Diego Simeone holds both players in high esteem. In fact, the club tried to sign the Sevilla player last summer.

Assuming that Tiago will leave the club, Atlético will seek to reinforce in central midfield, and they have their eyes on Fabinho and Kevin Kampl. Fabinho, who is 23 years old and currently plays for Monaco, has enticed the interest of Atléti with his versatility. This season, he has been deployed in a defensive midfield role, yet earlier in his career he played as a right back.

The other option, with a reputation as a more creative player, is Kevin Kampl. The decision makers at the Calderón have been able to judge the Slovenian’s qualities first hand; as Atléti defeated Kampl’s Bayer Leverkusen in the Champions League round of 16.

In addition to those four, Atlético will welcome Theo Hernández back in to the fold following his loan spell at Alavés. The youngster has generated a great deal of interest following his performances at the Mendizorrotza, yet he is expected to return to challenge Felipe Luis for the left back spot.

A future at the Wanda Metropolitano looks less likely for José Maria Giménez; the club are expected to sell the Uruguayan in order to create space for a new arrival in the centre of defence. 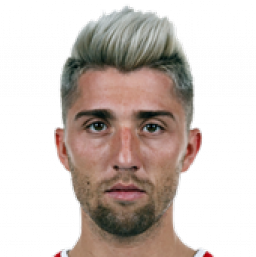 Which matches will Messi miss?