Ramos rails at ref: "I asked him if he had a problem with me"

Borussia Dortmund youngster Mor, who is part of Fatih Terim's Turkey squad, spoke to Hurriyet about a move to the Bernabéu, and Barcelona.Argentina - Nigeria

Emre Mor is one of the most exciting young talents in European football. Last summer, the Danish-born Turkey international joined Borussia Dortmund from Nordsjælland, of the Danish first division. Yet, Mor is already plotting his future path on the Iberian peninsula.

In an interview with Turkish publication ‘Hurriyet’, Mor stated that his dream move would take him to the Bernabeú.

Mor entered the Bernabéu turf for Dortmund this season. He came on for the last 30 minutes of a 2-2 draw in the Champions League.

Ostensibly reluctant to commit himself too early, Mor added that he sees himself as having “the potential [to play] for Barcelona”.

The 19 year old already forms part of Fatih Terim’s Turkey squad, and played in Turkey's match against Finland in the most recent round of international fixtures. Back in the Rhineland, he has donned the yellow shirt of Borussia Dortmund on 15 occasions. 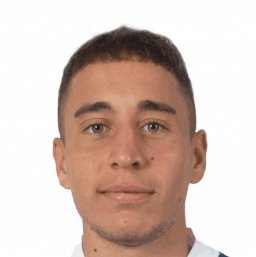 "We'll respond to Piqué on the pitch, in El Clásico" say Real Madrid

Madrid and Barça in the fight for Lukaku