Florentino responds to Piqué: "We're respected for our values" 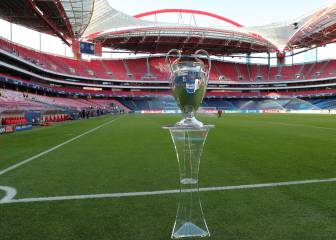 Florentino responds to Piqué: "We're respected for our values"

Real Madrid President Florentino Pérez responded to the Barça player's jibe, and spoke of the 'humility and respect' that form the basis of the club

Florentino Pérez has spoken publicly for the first time since Gerard Piqué’s highly-charged comments, at a presentation of the new sponsorship agreement between Real Madrid and Telefónica.

Piqué spoke to the press in the mixed zone at Saint Denis, following Spain’s 0-2 victory over France. He took the opportunity to launch an attack on Real Madrid when asked about legal cases involving his team-mates Messi and Neymar.

“I don’t like the values of that club”, he began, “It wrangles with me to see the individual who is involved with the indictment of Messi and Neymar sitting in the VIP section of the Santaigo Bernabeu stadium." Piqué was referring to the current state attorney Marta Silva Lapuerta who is a Bernabeu regular and was a member of the Real Madrid board during Florentino Pérez's first reign as Real Madrid president. "It's always been like that at Madrid he added, cases against Messi, Neymar...and nothing for Cristiano. Same as always...", he added.

Today, Florentino Pérez spoke of the values that Piqué attacked: “Welcome to an emotional arena where only sporting values matter; the challenges, the passion, and the ball. After winning the European Super Cup and the Club World Championship, Madridistas are excited to face whatever will come next.”

“Our team is respected for the principles and the values that form the DNA of the shirt and the badge, values that represent the Real Madrid legend: fighting spirit, a never-say-die attitude, humility, respect, and the conviction that every victory leads to the next triumph.”

Neymar and Barcelona accused of corruption and fraud by DIS