Zidane rejects reports he has told Madrid players he is leaving

Aritz Aduriz notched his hundredth goal for Athletic Club against Osasuna, behind Messi and Ronaldo he is the third highest active scorer in La LigaAthletic vs Barcelona

By opening the scoring in Athletic's 1-2 triumph over Osasuna on Saturday, Aritz Aduriz reached the landmark of one hundred La Liga goals for Athletic Club. The towering striker took 239 matches to get there.

The 36 year old has enjoyed a renaissance in the last couple of years. This season, he has scored 12 times as Athletic go in search of European football. Levante and Valencia have been his favourite victims over the years; Aduriz has notched nine times against the rivals.

Messi and Ronaldo the only current players ahead

The target man has scored a total of 140 goals in La Liga, having also turned out for Valladolid, Mallorca, and Valencia. This tally places him as the 23rd highest scorer in La Liga history. In terms of those still playing at the moment, he is in third place, behind Lionel Messi (337 goals) and Cristiano Ronaldo (279 goals).

At Athletic, Aduriz is the 11th highest scorer, but tenth-placed Julen Guerrero is well within his sights, on 101 goals. 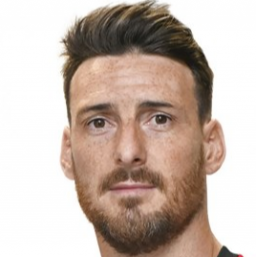 Bauza on the brink after latest Argentina qualifying woe