Hércules need to raise €4.5m before April 5 or face liquidation

Hércules need to raise €4.5m before April 5 or face liquidation

Club president Carlos Parodi has admitted that unless the debt is paid to the Spanish Inland Revenue the clubs assets will be frozen.

On September 11th, 2010, a brace from Paraguayan international Nelson Valdez was enough to secure a famous win for Alicante based outfit Hercules against a FC Barcelona in their Camp Nou fortress in Spain's top flight.

Fast forward to 2017 and time has not been kind to the side from Alicante, subsequent relegations have seen the team meander in the world of 2B (Spain's regional based third tier) and the club now face the biggest test of their 95 years of history as they fight for survival off the pitch.

Hércules need to pay 4.5 million euro to the Spanish taxman by the stipulated deadline of April 5 with failure to do so leading to assets being frozen with liquidation being the subsequent step

Club president Carlos Parodi has claimed the complicated nature of trying to generated the sum of capital adding: "We tabled an offer to Hacienda (Spanish tax institution) which they rejected. We proposed an upfront payment of 560,000 euro and then establish a repayment plan over a four year period".

Parodi added that, "failure to come to an agreement with Hacienda will see the club having it's assets frozen with the following step being liquidation". 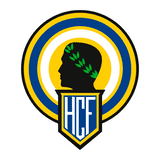