Bastian Schweinsteiger launched his Major League Soccer career with a debut goal on Saturday but was left unsatisfied after Chicago Fire's 2-2 draw with Montreal Impact.

Bastian Schweinsteiger launched his Major League Soccer career with a debut goal on Saturday but was left unsatisfied after Chicago Fire's 2-2 draw with Montreal Impact.

The former Germany, Bayern Munich and Manchester United midfielder headed home from close range after 17 minutes to give Chicago a 1-0 lead over the Canadian club.

But Chicago were forced to settle for a point after Montreal hit back with two goals of their own before Fire grabbed an injury-time equaliser.

"It was a good feeling but I'm a little bit sad and not so happy that we couldn't win the game," Schweinsteiger told reporters after the game.

"We can improve. We had good chances actually. We have to finish a little bit better," he added.

Schweinsteiger, who signed for Chicago after being frozen out at Manchester United by Jose Mourinho, was circumspect when asked for his first impressions on the MLS.

"It's intense," he said. "But it's not easy after one match to talk about the level of the MLS. I'm more focused on our game. I want that we improve, we control the games, that we are effective, that we use our chances, that we stay compact.

"We didn't give them many chances but they scored two goals. I prefer to keep a clean sheet and score two or three goals."

Bastian Schweinsteiger put on a passing clinic in his MLS debut for @ChicagoFire. #CHIvMTL pic.twitter.com/9DsqCJAWai

The 2014 World Cup-winner said meanwhile he was still not fully match fit but was satisfied at coming through 90 minutes.

"It's not easy. But it was OK. I was prepared. The training here was good," he said. "I will definitely work on my fitness and have more power and energy in the game. But everyone can improve."

Schweinsteiger was denied a dream start to his MLS career when Matteo Mancosu equalised for Montreal in the 61st minute.

Work to be done the next two Saturdays right back here at Toyota Park. #cf97 pic.twitter.com/5SRaXtt9oA

A stormy encounter then saw Chicago midfielder Juninho sent off in the 71st minute after picking up a second yellow card for unsporting behavior.

Both sides were reduced to 10 men however in the 80th minute when Montreal's Victor Cabrera was given a straight red for bringing down Argentine forward Luis Solignac as he went through on goal.

Montreal looked to have grabbed a late winner when Ballou Jean-Yves Tabla lashed in a shot from outside the area to make it 2-1 in the 90th minute.

But Chicago grabbed a share of the points in the third minute of stoppage time when Solignac controlled with his chest on the edge of the area before sweeping home a low finish to make it 2-2.

The draw leaves Chicago in seventh place in the Eastern Conference standings, with five points from four games. 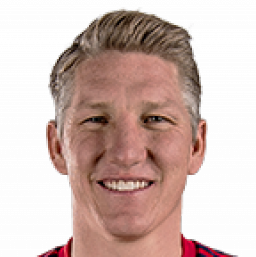