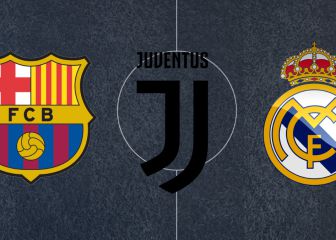 Replays showed that Karim Benzema scored Real Madrid's opener against Alavés despite being offside in the build-up to the goal.

Real Madrid had an errant offside decision to thank for Karim Benzema's opening goal in Sunday's LaLiga victory over Deportivo Alavés at the Bernabéu.

With half an hour played, Benzema dropped deep to exchange passes with Dani Carvajal, before continuing into the box and firing in the right-back's cut-back.

However, television replays showed that the Frenchman was in a marginally illegal position when Carvajal played his initial ball to the striker.

Ex-Barcelona director: "If only they had VAR"

In a nod to the Video Assistant Referee system most recently trialled by FIFA in Spain's friendly against France on Tuesday, Freixa also quipped: "Ay, if only they had VAR".