In Barcelona's win at Granada on Sunday, Ivan Rakitic was seen mocking Andreas Pereira over the Andalusians' LaLiga difficulties.

The incident occurred after the Croat was booked following a coming-together with Pereira late on in the match, which saw Barça beat the relegation battlers 4-1.

Rakitic to Pereira: "You guys are going down!"

An angry Rakitic turned to the 21-year-old and, in images captured by TV show 'El Golazo de Gol', mocked him over 19th-placed Granada's league struggles.

"Down to the second division, you son of a b**ch," he can be seen yelling at Pereira, who is in Spain on loan from Manchester Utd. "You guys are going down!"

Shortly afterwards, Rakitic scored the visitors' third goal as Granada fell to a defeat that left them eight points adrift of safety with nine games to play. 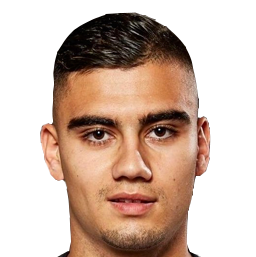 Barcelona vs Sevilla: how and where to watch