The Ivorian striker last featured for the Cucumber Growers against Sevilla on October 15 but has made the squad to face Real Madrid in Butarque.

Mamadou Kone has returned to a Leganés squad for the first time in six months for the match against Real Madrid in Butarque on Wednesday evening.

The Ivorian striker, who became the Cucumber Growers’ record signing when he joined for 1.3 million euros from Racing Santander last summer, has been out of action since October 15 when he played a few minutes against Sevilla. In December he suffered a relapse in his recovery from an ankle problem and was forced to undergo surgery.

Koné has made only five appearances for Leganés since joining after catching the eye of the Butarque spotters while scoring 30 in 92 games for Racing (with a season on loan at Oviedo). On Wednesday his teammates congratulated Koné on his return and the striker also confirmed on social media that he was back in the squad after a month spent on the training pitches regaining his fitness.

Garitano keeps cards to his chest

Leganés are one of few Liga clubs who operate under a veil of secrecy before games, with Asier Garitano preferring to announce his squad and starting line-up an hour and a half before matches.

It remains to be seen whether Koné will start against Real Madrid or be on the bench, with Brazilian striker Luciano possibly making way for the 25-year-old. 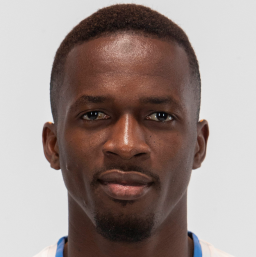