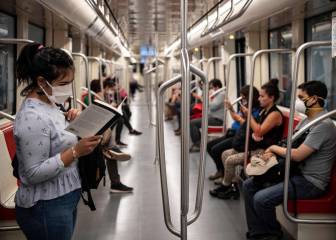 The city of New York has reached a $4 million settlement with a Swiss NBA player after the forward filed a lawsuit accusing police of false arrest and breaking his leg.

The city of New York has reached a $4 million settlement with a Swiss NBA player after the forward filed a lawsuit accusing police of false arrest and breaking his leg.

Thabo Sefolosha, 32, suffered a season-ending fracture and ligament damage in his right leg after the incident outside a Manhattan nightclub in April 2015.

The Atlanta Hawks forward, who is black, required surgery and months of rest.

He said police were to blame but the police contested his account.

Officers were called after Indiana Pacers forward Chris Copeland was stabbed on his way out of the 1 OAK club. Officers arrested Sefolosha, saying he was belligerent and prevented them from securing the crime scene.

Sefolosha claimed he was a victim of police brutality, but also revealed in a GQ magazine interview that he had called an officer a "midget" and "mad," and conceded in the future he would probably act differently.

The city's law department confirmed the $4 million settlement, but said there was "no admission of liability" by the defendants and denied it was "a concession that Mr Sefolosha was blameless."

"In light of the gravity of his injuries, the potential impact on his career... and the challenge for a jury in sorting out the facts... the resolution of the case was in the best interests of the city," a spokesman said.

His client was acquitted at trial in October 2015 on charges of resisting arrest and disorderly conduct.

The city's independent Civilian Complaint Review Board later concluded that two officers had abused their power in arresting him, but did not find that they had unlawfully used physical force.

A nationwide protest movement has erupted in the United States over police officers' shooting of unarmed black men, provoked by the death of 18-year-old Michael Brown in Ferguson, Missouri in August 2014.