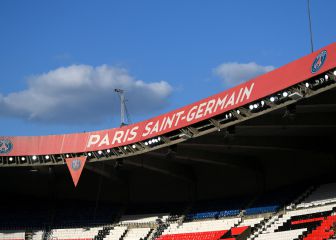 After just eight games in charge, Edgardo Bauza has been fired as boss of the Albiceleste, who are struggling to qualify for the 2018 World Cup.

Edgardo Bauza has been fired as coach of the crisis-hit Argentina national team as it struggles to qualify for next year's World Cup, the head of the country's governing body said on Monday.

It was the first big move by the Argentine Football Association (AFA) since it last month picked new executives tasked with ending three years of turmoil in the nation's game.

"We have reached a verbal agreement. We have told Edgardo Bauza that he is no longer the coach of Argentina," the AFA's new president, Claudio Tapia, said to reporters after meeting with Bauza at the association's headquarters.

He did not say who Bauza's replacement would be, but revealed that more details would be given at a news conference for Tuesday at 22:30 GMT at the AFA.

Argentina fifth in qualifying, without Messi for three more games

The world number two-ranked football nation risks failing to qualify for the World Cup for the first time since 1970.

Star striker Lionel Messi is to miss the country's next three qualifying matches due to suspension.

After a defeat to Bolivia last month, Argentina dropped to fifth place in the regional table - out of the top-four automatic qualifying positions.

FIFA hit Messi with a four-match ban last month for swearing at an assistant referee in a game against Chile.

Bauza vowed after the Bolivia defeat that his squad had the strength to fight on.

But Argentina have won only one of eight World Cup 2018 qualifiers played without Barcelona superstar Messi, compared to five out of six won with him on the pitch.

"The national team is playing badly and everyone knows it," Tapia said last week.

Argentina World Cup hero Diego Maradona said he was ready to lead an appeal to FIFA against Messi's ban. But it is rare for the sport's governing world body to repeal a suspension.

Messi threatened to retire from the national team last year after they lost on penalties to Chile in the Copa América Centenario final.

That crisis prompted then-coach Gerardo Martino to quit and be replaced by Bauza, who left Brazilian club Sao Paulo to take up the post.

Various other possible replacements,  such as Mauricio Pochettino of Tottenham Hotspur and Diego Simeone of Atlético Madrid, reportedly turned down the job.

Bauza is the shortest-serving Argentina coach since 1974. During eight months with him in charge, Argentina won three matches and lost three, with two draws.

The team has been undermined by a broader crisis afflicting the Argentina game, tangled up with politics.

A power struggle broke out after the death of former AFA president Julio Grondona in 2014, with Maradona last year branding the association management a "mafia."

Argentina's president, Mauricio Macri, also complained of "the poor organisation of Argentine football." He urged reform to "a system full of bad habits and corruption."

FIFA and the Argentine courts have probed the AFA's affairs.

Tapia acknowledged last week that firing Bauza would be problematic given the association's financial difficulties, though on Monday he appeared to have found a solution.

"We have a coach who has a cancellation clause. These contracts are not cheap," he said last week.

"If you bring in a new coach, you have to have resources. If a coach earns two and you bring in one who earns three, where do you get it from?"