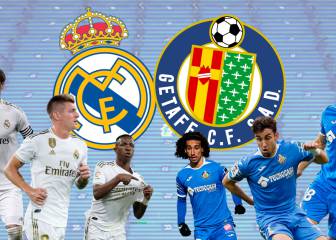 Getafe get us underway

Barcelona coach Luis Enrique was enraged by Mascherano's display during the Champions League match against Juventus. "What an embarrassment."

Luis Enrique was enraged by his team's performance during their 3-0 defeat to Juventus in the Champions League quarter-final first leg in Turin on Tuesday night.

In images from football show Jugones, on Spanish channel La Sexta, the extent of his despair at his side's footballing debacle is clear to see, and hear.

Luis Enrique disgusted with his Barcelona side

"What an embarrassment" he muttered to his assistant coach Unzué as Barcelona's defence fell to pieces in the face of Juventus' attacks, with the back line at sixes and sevens and Mascherano utterly failing to convince in Busquets' absence.

And it was Mascherano who felt the worst of Luis Enrique's tongue when the Argentinean failed to pass to Messi, despite the coach screaming at him to do so. "Oi! To Leo!" bawled Luis Enrique, before going on when the pass wasn't given: "Madre mía Masche, fuck off!"

How to watch Barcelona vs Real Sociedad