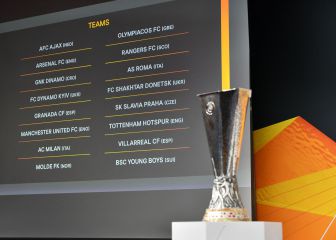 Adams' tenure at Nuevo Los Cármenes started with defeat as the Andalusians were beaten by Celta Vigo in LaLiga on Sunday evening.Barcelona vs Celta live stream online

Tony Adams suffered defeat in his first match as Granada head coach as the Andalusians lost 3-0 to Celta Vigo at Nuevo Los Cármenes in LaLiga on Sunday.

Ex-Arsenal and England captain Adams was appointed until the end of the season on Monday after Lucas Alcaraz's sacking as boss of the relegation strugglers.

Alcaraz was fired in the wake of a 3-1 home loss to Valencia that left the side in 19th in Primera División and on a run of five defeats in six league games.

Granada lose out to three-goal Celta

But Adams was unable to spark an immediate upturn in Granada's fortunes against Celta, who won with goals by Jozabed, Marcelo Díaz and Claudio Beauvue.

In the 23rd minute of the week 32 clash, on-loan Fulham winger Jozabed dinked a fine finish past goalkeeper Guillermo Ochoa to put the visitors ahead.

And the Galicians sealed victory in the closing stages of the second 45 when a 73rd-minute Díaz free-kick was quickly followed by a close-range Beauvue strike.

Away clash with Sevilla up next for Adams' team

The result means that Granada remain seven points adrift of safety, with six more games left to play - starting with a tough trip to Sevilla on Friday night.

Tony Adams takes over from Lucas Alcaraz at Granada

Tony Adams to give Granada players "kick up the arse"