Five reasons why Dortmund can turn the tie around in Monaco 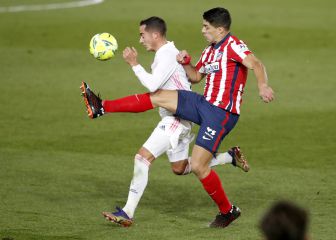 Five reasons why Dortmund can turn the tie around in Monaco

Borussia Dortmund look to overturn their 3-2 home defeat against Monaco in Wednesday's Champions League quarter-final return leg away to the French League leaders.

Marco Reus is back from injury and the Germany winger will give Dortmund a substantial boost.

Reus is mentally fresh, having not been on the team bus hit by three explosions last Tuesday, en route to the first-leg, which left Marc Bartra needing wrist surgery and his Dortmund team-mates shell-shocked.

The match was eventually replayed on Wednesday, 24 hours after the blast, with Reus left out as he finished recovering from a hamstring injury.

Last Saturday, Reus marked his return after six weeks on the sidelines with an audacious backheel after 122 seconds in their 3-1 win over Eintracht Frankfurt.

Borussia coach Thomas Tuchel played Reus for 45 minutes to build his fitness with one eye on Monaco.

"With Marco on the pitch, all other players have a different attitude and more self-confidence," said Tuchel.

Reus will be looking to resume his partnership with Dortmund's top-scorer Pierre-Emerick Aubameyang which has yielded 10 Champions League goals this season.

Aubameyang, who has score 33 goals this season, will have a point to prove at Monaco, where he spent an unsuccessful loan spell in 2010/11.

The Dortmund squad received a timely boost when Bartra left hospital on Saturday.

The Spanish defender posted "proud to be part of this family! NoWords" on Instagram alongside a picture of the squad holding aloft his number five shirt when they celebrated after Saturday's win.

Dortmund will be playing for their injured team-mate in Monaco.

While recovering at home, Bartra received a visit from his ex-Barcelona team-mates Sergio Busquets and Jordi Alba on Monday.

Busquets knows all about second-leg shock comebacks having played in Barcelona's astonishing 6-1 win over Paris Saint-Germain to win their Last 16 clash 6-5 on aggregate.

Dortmund's single goal deficit is dwarfed by the 4-0 first-leg defeat in Paris which Barca managed to overcome.

Dortmund defender Sokratis Papastathopoulos was a pillar of strength at the back against Frankfurt, blasting home their second goal from 25 metres out, which he dedicated to 'Bartra and his family'.

The burly Greece centre-back made 17 tackles, launched a string of counter-attacks and won 76 percent of his challenges on Saturday.

He needs to again be on his game to contain Monaco's attack spear-headed by strikers Kylian Mbappe and captain Radamel Falcao, but said Saturday's win was a morale booster for Wednesday.

Monaco's Stade Louis II has a 18,523 capacity, but 3,000 noisy Dortmund supporters are expected to make their presence felt to try and create a home-ground atmosphere for the visiting team.

A cordial atmosphere is expected between the supporters after Borussia fans offered beds to stranded Monaco supporters in Dortmund last week under the Twitter hashtag Bedforawayfans.

Dortmund have only lost three of their 12 European away fixtures since the start of the season, but Monaco have won five of their six home Champions League games this season.

Dortmund are attempting to become only the third club to have lost the first-leg at home in the Champions League's knock-out phase and still progressed.

Ajax managed it in 1995/96 when they came back from a 1-0 defeat in Amsterdam to win 3-0 at Panathinaikos in Athens in the semi-finals.

And Inter Milan also did it at Bayern Munich, who won the last 16 first-leg 1-0 in Italy, but lost the return 3-2 in Bavaria.

Monaco have won all 12 of their European matches when they were victorious in the first-leg -- and Dortmund want to make it unlucky 13.

In Monaco, Slovenia's Damir Skomina will referee and Dortmund have won all three Champions League games when he has been in charge, including their 2-1 group stage win at Sporting Lisbon in October.