Manchester United vs Anderlecht: how and where to watch: times, TV, online

Manchester United vs Anderlecht: how and where to watch: times, TV, online

With a late goal for the Belgian side in Brussels, the tie is delicately poised at 1-1 as both sides face the return leg at the "Theatre of Dreams" in Manchester.

What time does the Man. United vs Anderlecht match start at?

The UEFA Europa League quarter final return leg between Manchester United and RSC Anderlecht will be played at Old Trafford, Manchester, on Thursday April 20 2017 at 21:05 CEST.

Find out what time the match gets underway where you are in the world.

Where can I watch Man. United vs Anderlecht?

No matter where you are on the planet, you can see what channel the United v Anderlecht tie is available on here.

Is the game online?

The Europa League game in Manchester is available in most countries through the rights holders' online platform, if they have one. Your best bet is to check who is broadcasting the game in your country and see if they have an online platform or iOS or Android app to watch it through.

You can also follow all the action right here with AS English, with our inimitable minute-by-minute live coverage of the match. Robbie will be in the hot-seat for kick off but we'll be building up to the action throughout the day. 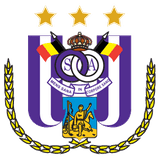