Mascherano back for Barça but Arda and Mathieu miss out 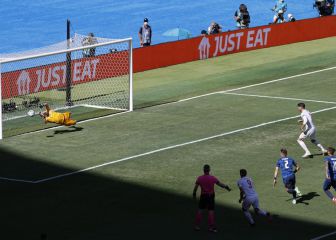 Mascherano back for Barça but Arda and Mathieu miss out

Luis Enrique has announced his squad list for the Champions League second leg match against Juventus in Camp Nou, when Barça will attempt a second comeback in this season’s competition after losing the opening fixture 3-0 in Turin.

Enrique received some good news with Javier Mascherano being passed fit after the Argentinean defender missed the game against Real Sociedad but Turkey midfielder Arda Turan remains on the sidelines while Jérémy Mathieu, one of the players singled out for criticism for the first leg defeat, has also been omitted.

Aleñá called up to senior squad

Barcelona B midfielder Carles Aleñá has been handed a call-up to the senior squad while Aleix Vidal and Rafinha remain out of action.

Luis Enrique is likely to opt for his 3-4-3 formation in Camp Nou as Barça aim to overturn the three-goal deficit as they did against PSG, coming from 4-0 down after the first leg in Paris to win 6-1 in Barcelona and go through to the quarterfinals 6-5 on aggregate.