Vrsaljko returns to training for Atléti

Vrsaljko returns to training for Atléti

The Croatian is not yet at full fitness, but his ongoing recovery will be a boost to Simeone following Juanfran's injury in the Champions League.Argentina - Nigeria

The full back took to the turf with the protection of a knee support, and is not yet at full fitness. Yet, his ongoing recovery will be a relief for ‘El Cholo’, after Juanfran suffered a thigh injury in the 1-1 draw with Leicester on Tuesday. As one full back is consigned to the treatment table, another makes a timely return.

Juanfran will be out of action for approximately three weeks, meaning he’ll be in a rush to return in time for the first leg of the Champions League semi-finals.

Despite Vrsaljko’s return to the training pitch, Simeone will have to field a makeshift right back for the match against Espanyol on Saturday.

Stefan Savic is the favourite to shift out wide, having played that position on numerous occasions for the Montenegro national team. José Maria Giménez has also played there when called upon. 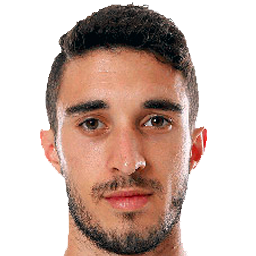