Sergio Canales: "I almost died of shame when I first entered the Madrid changing room"

Sergio Canales: "I almost died of shame when I first entered the Madrid changing room"

The Real Sociedad midfielder recalled his first day in the Real Madrid changing room when he was just 18. "I didn't know where to sit".Champions League draw 2018

Real Sociedad midfielder Sergio Canales admitted that he almost "died of shame" when he entered the Real Madrid changing room for the first time aged just 18 and spoke about when the reality of actually playing in the first division dawned on him.

"I almost died of shame. I didn't know where to sit or who to sit next to. I was surrounded by all of these players who I had always admired so much, and now here I was, in the same changing room and one of them", Canales explained in an interview in the May edition of Vogue magazine.

The Cantanbrian added that he didn't elect football to be his career but the sport chose him. "I stood out for my playing abilities when I was in school and before I knew it, I was playing in the First Division". The 26-year-old has shown incredible character and resilience in bouncing back from not just one serious knee injury, but three. "I have received messages of support and overcoming adversity from thousands of people, but I don't feel that I am an example to anyone or anything. My message to those who have suffered an injury is that you come out the other end and get over it. I've done it three times". 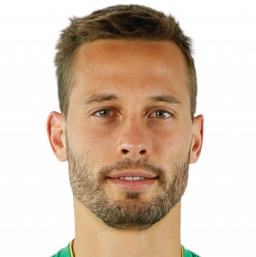 Eusebio not tempted to take the reins at former club Barça

From Antiguoko to Munich: Xabi Alonso's career in pictures