Good news for Atleti: Augusto gets his boots on the ball

Good news for Atleti: Augusto gets his boots on the ball

The Argentinean midfielder was out on the training pitches on Sunday and working with the ball, seven months after suffering an ACL rupture.

Atlético returned to training on Sunday morning after the side’s 1-0 victory over Espanyol in Cornellà and there was some good news for the Colchoneros as Augusto Fernández returned to the training pitches to work with the ball after spending seven months out following an anterior cruciate ligament injury suffered playing against Depor last September.

Villarreal next up for Atlético

Augusto joined the rest of the recovering players training away from the squad that travelled to Barcelona for Saturday’s game, who did a recovery session with Diego Simeone having only one full day with his squad before the visit of Villarreal in the midweek fixtures.

The Argentinean midfielder is still some way short of a competitive return but has been stepping up his fitness and conditioning work in recent weeks in the hopes of making an appearance before the end of the season. 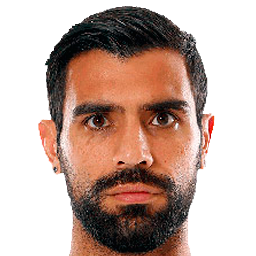