The Camp Nou are to reignite their interest in the 20-year-old Colombia international, who was on the verge of signing last summerChina vs Wales: China Cup

Barcelona are eager to reinforce their central defensive options ahead of next season in the knowledge that Jeremy Mathieu is likely to leave at the end of the current campaign and have set their sights on a meedium-to-long term replacement for the veteran Frenchman.

After being consistently linked with Palmeiras defender Yerry Mina, now Barça have apparently turned their attention to another Colombia international in the shape of Ajax’s 20-year-old centre half Davinson Sánchez, who made his debut for the Cafeteros last November.

Cadena SER have reported that the Eredivisie club are willing to do business and have set a fee of 25 million euros for the defender. Barcelona see Sánchez as a potential partner for Samuel Umtiti in the heart of the back four in the long-term.

Sánchez made his professional debut as recently as 2014 at Atlético Nacional and spent two seasons there before being snapped up by Ajax for a fee of just five million euros. A year later, Barcelona are again going to enter the market for Sánchez after missing out last summer but this time at a price that will have Ajax rubbing their hands together. 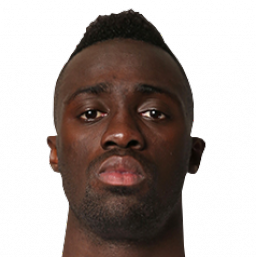