Football: 'Enough' as Muntari walks off in Cagliari racism storm 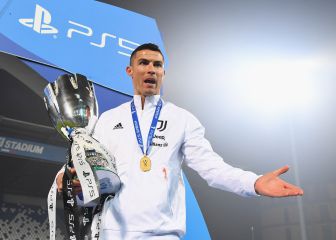 Football: 'Enough' as Muntari walks off in Cagliari racism storm

Ghana's Sulley Muntari dramatically walked off the pitch while playing for Pescara at Cagliari on Sunday after his complaints of alleged racist abuse were met with a yellow card.

Ghana's Sulley Muntari dramatically walked off the pitch while playing for Pescara at Cagliari on Sunday after his complaints of alleged racist abuse were met with a yellow card.

The former AC Milan and Inter midfielder also angrily confronted Cagliari fans, shouting at them: "This is my colour."

Muntari could now face disciplinary measures after deciding, voluntarily, to leave the field seconds before full-time -- a decision that earned him a second yellow card, and then a red, in the 96th minute of the game that his team lost 1-0.

Earlier, he had spoken directly with a section of the Cagliari supporters targeting him with racist abuse.

And when he protested to match referee Daniele Minelli and other officials in the 89th minute that he was still being targeted, Muntari was booked.

While leaving the pitch in frustration and murmuring "Basta ! (Enough)" minutes later, Muntari went to address more supporters, showing them his arm and shouting: "this is my colour, this is my colour."

His protest was later backed by Pescara coach Zdenek Zeman, although in comments to Sky Sport the Czech veteran said Muntari should not have quit the game.

"He asked the referee to intervene, but he (said he had) neither heard nor seen anything," Zeman said. "Muntari was right, but he shouldn't have left the pitch."

Muntari was at AC Milan when former teammate Kevin Prince Boateng angrily walked off the pitch while being targeted with racist abuse during a friendly with lower league side Pro Patria in January 2013.

It prompted a wave of support on social media, although football's ruling body FIFA, while applauding Boateng's principles, said it did not condone his decision to walk off.