AC Milan will pay €18m for the Argentine defender, according to La Gazzetta, as the club begin to rebuild their squad under new Chinese ownershipVillarreal-Barcelona live online

Mateo Musacchio will be AC Milan’s first reinforcement under the ownership of Li Yonghong’s Chinese consortium, according to Italian newpaper La Gazzetta dello Sport. The Italian giants were previously interested in Musacchio last summer, but a deal did not materialise. 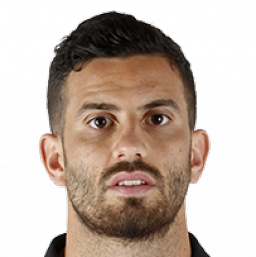 The Villarreal defender, who has formed a key part of La Liga’s second-meanest defence so far this season, would cost the San Siro club €18 million. The details of the deal still need to be ironed out, but it is understood that Musacchio will be offered a four-year contract.

Musacchio’s contract ends in the summer of 2018, and Villarreal are eager to sell him this summer, in order to avoid losing him on a free transfer the following year. He has featured 29 times this season for ‘The Yellow Submarine’.

The Argentine stated recently that he had one received one offer for his services, from Villarreal. But circumstances appear to have changed,

Milan aim to return to the top level

Milan’s intention is to make a splash in the transfer market this summer, in order to convince the best players in the world that they plan to return to the elite.

The first job of the new Chinese ownership is to convince young goalkeeper Gianluigi Donnarumma, that Milan is the best place for him to develop, and that the club will grow with him. New faces will also arrive, and Cesc Fabregas and Atalanta’s Franck Kessie are names that have been mentioned.

Villarreal to donate their '96 banner' to Liverpool

Musacchio: "I've only received one offer - from Villarreal..."