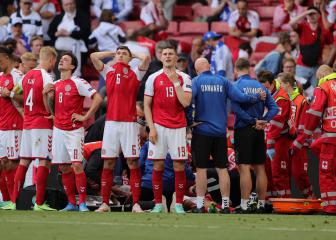 Followers of Atlético Madrid have joined in the club's message that those on the other side of the Spanish capital cannot understand their passion for the team.

Atlético Madrid have to put the defeat at the hands of neighbours Real Madrid in the first leg of the Champions League semi-final out of their heads as they focus on the weekend's Liga game against Eibar.

LaLiga importance for Atleti but Madrid tease in Europe

Despite their European exploits, the battle for the third automatic qualifying position in next year's top club competition is still on between them and Sevilla.

But the rojiblancos have not forgotten the message displayed to the watching millions ahead of their match at the Bernabéu. The famous south stand (fondo sur) showed off a huge tifo with the message "Tell me how it feels" with Milan and Lisbon on either side, a stark reminder of the two losses they suffered.

You just don't get it Madrid

“Proud to be Atleti. Game by game. This Saturday, one more time, together at the Calderón". The message was signed off with a hashtag #NoLoPuedenEntender meaning "They can't understand" which is believed to be referring to the passion that their fans have and clearly suggesting that it is something that others can only aspire to.