Samper's season up because Granada don't want to pay Barça

Samper's season up because Granada don't want to pay Barça

Sergi Samper is unlikely to feature for Tony Adams' Granada, because the club do not want to pay Barcelona the 'per match' fee in his loan contract.

It appears that Sergi Samper has made his last appearance for Granada. The player is on loan from Barcelona for the season, and the Andalucian club have to pay Barça a figure for every match that Samper plays.

Granada’s relegation from La Liga is already confirmed (along with Osasuna) and, as such, Tony Adams and co. have ostensibly decided that it would be prudent to save money by not playing Samper.

Samper was not involved with first-team training at Granada on Thursday. Instead, he played against Granada B for a team that featured a number of triallists.

Franck Tabanou and Panagiotis Kone, on loan from Swansea and Udinese respectively, played alongside Samper, which is indicative that their time at Los Cármenes is also coming to a close.

Despite his La Masia pedigree, Samper has not featured regularly for Granada. He has started a mere 13 matches, and has emerged from the bench a further nine times. 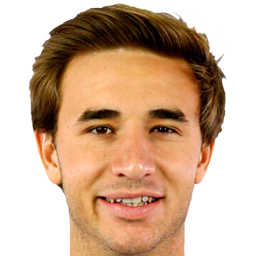 Radio Barcelona: Xavi turned down offer to coach Barça B