Míchel's first Málaga signing a chip off the old block

Míchel's first Málaga signing a chip off the old block

The Anchovies boss looks set to be reunited with his son, Adrián, who played under him at Getafe. The deal was arranged before Míchel took over at La Rosaleda.Real Madrid v. Málaga live online

According to Spanish radio station Cadena Cope, Adrián González is on the verge of becoming Málaga’s first signing of the summer. The left-sided midfielder is out of contract with current side Eibar in June and has agreed a three-year deal at La Rosaleda where, if it goes through, he will be coached again by his father, Míchel.The two coincided at Getafe in 2009-10 with Adrián having joined the club the previous season.

However, the deal was struck back in January before the former Real Madrid midfielder took over from El Gato Romero at La Rosaleda. Adrián had offers from other clubs in Spain, England and Germany but elected to join Málaga, according to Cadena Cope.

Earlier in the season Adrián scored from the spot as Eibar beat Málaga 3-0. 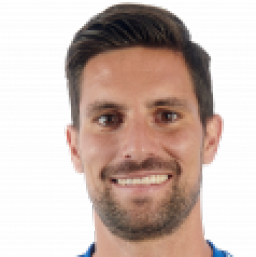