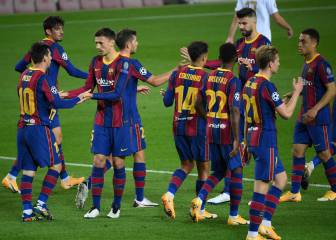 Barcelona off to a flyer in the Champions League

News agency AFP have been told by a Fifa official that the record breaking transfer from Juventus would be investigated.Real Madrid-Gremio: Club World Cup final 2017

FIFA are set to investigate the world-record transfer of Paul Pogba to Manchester United from Juventus, according to AFP. The news agency published a tweet revealing the news, which had been confirmed by a source at world football's governing body on Tuesday.

No reason for the investigation has been given so far.

French midfielder Pogba was transferred for around 105 million euros (£89 million) in August 2016 from Italian club Juventus, returning to Manchester United.