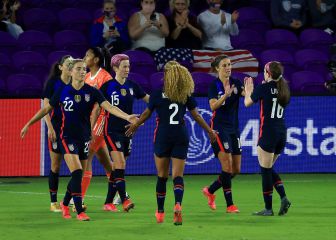 Marc Bartra says he has "so much desire to run, train, defend and be with my team-mates" as he readies himself for a comeback to action.

Marc Bartra says he feels renewed passion for football as he prepares to play again after fracturing his wrist in last month's bomb attack on the Borussia Dortmund team bus.

The centre-back returned to training on Wednesday - 29 days after surgery on his right wrist having been hit by flying glass when three bombs blasted the Dortmund coach on the way to a Champions League home match.

Bartra, 26, and a police officer were the only two people hurt by the attack, for which a 28-year-old German-Russian has been charged.

Bartra: "When I see a ball, I forget everything"

"When I see a ball, I forget everything around me," said the Spaniard who hopes to make his return before Dortmund play Eintracht Frankfurt in the German Cup final on 27 May in Berlin.

"I have so much desire to run, train, defend and be with my team-mates like never before."

The Champions League quarter-final first leg against Monaco at Signal Iduna Park was delayed by 24 hours due to the attack before the hosts lost 3-2, eventually going down 6-3 on aggregate against the French league leaders.

Experience of bus blasts the "worst in my whole life"

Like the rest of the Dortmund team, Bartra was left shell-shocked after the bomb attack.

The ex-Barcelona defender, who spent nearly 14 years with the LaLiga giants before joining Dortmund last summer, says it was the worst day of his life and that he is still dealing with the memories.

"The pain, the panic, the uncertainty, it was the worst in my whole life," he said.

"It is a situation the like of which I had never experienced before and you don't know how to behave, whether you're more frightened or not."

But Bartra says he refuses to allow the attack to put him off football: "I look forward to it now more than ever."

Bartra: "The arm is doing well"

He wears a protective cast on his arm and has a five centimetre-long scar.

"The arm is doing well," he added. "The doctor told me that the bone was broken by the explosion and the splinters, but the tendons and ligaments were fortunately not affected."

The Spaniard says good wishes from around the world buoyed his spirits in the aftermath and he hopes to return to playing in the coming weeks.

"Hopefully, I can get in the squad for this week or next and help the team," he said.

"After all the titles I won with Barcelona, I can get a trophy in my first season with Dortmund," he added with one eye on the German Cup final.