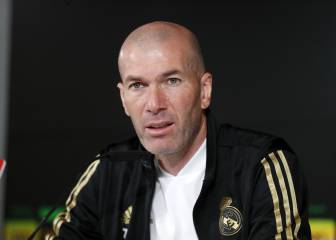 All the vital information to follow, watch or keep track online of the LaLiga match between Las Palmas and Barcelona at Estadio Gran Canaria on Sunday 14 May at 19:00 Local time/20:00 CEST.Villarreal-Barcelona live online

Las Palmas host Barcelona as LaLiga nears its climax, with Luis Enrique's side needing a win to keep the pressure on Real Madrid, who play Sevilla at the Bernabéu at the same time as this match.

Here's your full guide to how and where to watch Las Palmas v Barcelona, or follow it online. And you're not going to want to miss it, as the outcome of LaLiga depends to a fair extent on this game, with Barcelona top of the LaLiga table at the moment, but tied on points with eternal rival Real Madrid, who have a game in hand (against Celta Vigo, to be played on Wednesday 17 May) meaning Barcelona pretty much have to win this game (you'd expect them to, they beat Las Palmas 5-0 at the Camp Nou in the corresponding fixture) and their final game against Eibar and hope Real Madrid slip up.

Las Palmas v Barcelona: What time does the game start

Las Palmas against Barcelona is on Sunday 14 May, LaLiga matchday 37, at Estadio Gran Canaria, with kick-off at 19:00 local time, 20:00 CEST. Find out what time the match gets underway wherever you are in the world, so you can plan your day.

Which channel is Las Palmas v Barcelona on where I live?

If you can't be in Las Palmas, you can tune into the match so long as a broadcaster in your country has the LaLiga rights. Here's the full list of providers showing Las Palmas v Barcelona, organised by country.

The internet is possibly the biggest wonder of the modern age and it might well be your best bet to watch Las Palmas v Barcelona, also meaning you can handily have it on your smartphone or tablet if you're out and about (or lounging on the sofa), if you don't want to be sitting at desktop.

In general the TV rights holder to the game provides the service through their online platform, so your best bet is probably to check who is broadcasting the game and then see if they have an online platform or an iOS or Android app to watch it on.

If you're lucky enough to be in Las Palmas, or you can hop on a plane or a boat to get there, there are still a fair few tickets available for Las Palmas v Barcelona. The cheapest seats left (as of Thursday afternoon) were 140 euros. If you do head to Las Palmas for the game we recommend you try the papas arrugadas (Canarian wrinkly potatoes), a salty treat if ever there was one.

You can also follow all the build-up to the match and the action itself right here on AS English, with Matt and company. We'll also be covering the match on our Twitter account, where if you're lucky you might even see a decent joke. Don't get your hopes up though.

Neymar: It's time for Barça to get to work on Messi contract