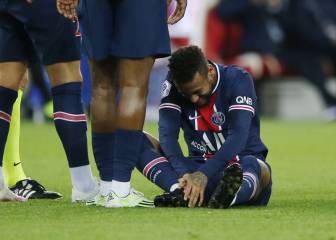 According to The Mirror, the Reds are willing to splash out 30 million euros for the 24-year-old Brazilian winger, one of the best players at the 2016 Olympics.

Liverpool are stepping up their operation to reinforce their squad ahead of next season, with the possibility that they will return to Champions League football.

Liverpool target Luan could leave on a free transfer next year

According to The Mirror, the Merseysiders are close to signing highly versatile Brazilian forward Luan, who has just a year to run on his contract at Grêmio, for 30 million euros.

The 24-year-old was by far one of the best players in Brazil's gold medal-winning side at the  2016 Rio Olympic Games, forming part of Rogerio Micale's four-man attack alongside Neymar, Gabriel Jesús and Gabriel Barbosa.

The Mirror label him as "the new Ronaldinho" and while that might be pushing it a little, Luan certainly is a very talented and versatile player, able to operate on either wing and through the middle although if he does complete his move to Liverpool, he would likely occupy the left wing, forming a formidible three-pronged frontline with compatriots Philippe Coutinho and Roberto Firmino - presumably with a lone striker. He is a wide player rather than a goal scorer, whipping balls into the box for his team mates or teeing up passes on the edge of the area. The left wing is an area which does need strengthening at Liverpool and Jürgen Klopp is also believed to be on the lookout for a quality left-back.

As for Ronaldinho, the only real comparision to be drawn with El Gaúcho is that they both played for Grêmio...

Luan was being closely tracked by Real Madrid, Juventus and Sevilla after his involvement at the Rio Games and the Andalucians - Monchi in particular, were keen to sign him last summer but Grêmio decided not to sell him, convinced that they could persuade him to sign a new contract, and thus attract bigger an better offers in the future.

No agreement on Luan's contract revision

But since then, no middle ground has been reached and the player hasn't renewed terms with the club, which has gone down badly with fans who feel he is holding the club to ransom. The prospect of 30 million euros boosting Grêmio's bank balance has done little to quell feeling of resentment among Tricolor Gaucho supporters who had pinned high hopes on him after his displays at Rio 2016.

Neymar: "They'll have to swallow what they said"