Modric set to stay with Real Madrid through to 2021

The Mexican keeper has set a Liga record after being beaten 80 times this season. However, he has also made more stops than anyone in Europe.

After conceding twice at Osasuna in the penultimate round of Liga fixtures, Guillermo Ochoa set a new record for goals conceded in a single Spanish top flight season as he plucked the ball from his net for the 80th time in El Sadar.

Until then the record stood at 78 goals, conceded by Ignacio Aizpurúa in 1995-96 when the Spaniard was between the sticks at Salamanca, who were unsurprisingly relegated. In those days the league season was 40 games long.

However, Ochoa’s performances this season have been one of few bright spots in an otherwise dreadful season for El Grana. Far from being the reason for the side’s staggering goals against total, the Mexico keeper has done his level best to keep the score as low that while playing behind a shaky back four.

In total Granada have shipped more than two goals per game on average this campaign but even so Ochoa has made more saves in 2016-17 than any other keeper in Europe’s five biggest leagues.

Osasuna most-breached side in LaLiga

Granada are not the most-breached side in LaLiga this season, a record that belongs to Osasuna, who have leaked 88 goals in 37 games. Ochoa is the holder of the new record though as the Pamplona-based side have used three different keepers in the league this season. 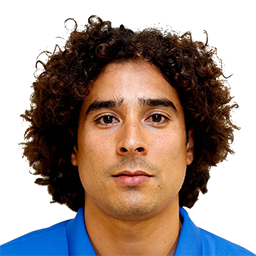 Tony Adams to give Granada players "kick up the arse"