Diego Simeone is considering a move for Mexican midfielder Andrés Guardado, according to reports in Mexico, with his versatility a big plus.

Atlético Madrid are interested in acquiring the services of PSV midfielder Andrés Guardado, according to reports in Mexico.

Reports in Mexico have suggested that Andrés Guardado could return to Spain after three years at PSV Eindhoven, and that Diego Simeone would be interested in adding him to Atlético’s squad as the club make their move to the new Wanda Metropolitano stadium.

Guardado impressed the Argentine coach with his performance against Atlético in the Champions League last season.

Azteca Deportes has indicated that Guardado’s versatility will boost his chances of a move to Madrid. The Mexican played on the left flank during his time at Deportivo La Coruña and Valencia.

While at the Galician club, Guardado was a team-mate of current Atlético player Filipe Luis. His ability to play in a variety of positions could see him deputise for Luis at left back. Theo Hernández’ transfer to Real Madrid means that Simeone will be keen to add depth to his squad in that position. 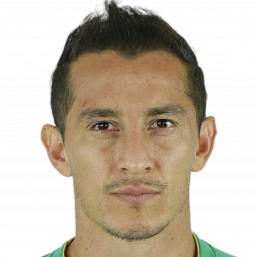