Zozulya rules himself out of Shevchenko's Ukraine squad

Zozulya rules himself out of Shevchenko's Ukraine squad

Roman Zozulya, the controversial Real Betis forward, has ruled himself out of international duty. He has not played since his Rayo Vallecano loan move was scrapped.

Controversial Real Betis striker Roman Zozulya has stated that he will not make himself for selection in the Ukrainian national team, because he does not see himself as being at an adequate level.

Earlier this season, Zozulya was forced to cut short his loan spell at second division club Rayo Vallecano, after the club’s supporters protested against his allegedly right-wing views. The Vallecas club is known for having a fanbase that is, generally, to the left of the political spectrum.

Zozulya stated: “I have decided to stop playing with Ukraine. Right now, I understand that I’m not at the required level, because the national team must be made up of the best and strongest players. I don’t want to stand in the way of a young talent.”

Out of Shevchenko's squad

The former-Dnipro man was part of Andrei Shevchenko’s last squad, despite not having played since he arrived at Rayo Vallecano in January. For Betis, he has barely played 150 minutes in competitive matches.

Yet he did not rule out a return to the national side in the future: “When I have played a sufficient amount, and if the coach decides that I’m worthy of the shirt, I will be proud to return.”

Zozulya still has two years remaining on his contract at Betis. His agent, Vladimir Kuzmenko, confirmed that his client “is always willing to listen to offers and negotiate. Roman wants to play, but he’ll wait, and he wants to find out who his next coach will be.”

Betis dispensed of the services of Víctor Sánchez in May and, as of yet, have not announced his replacement. 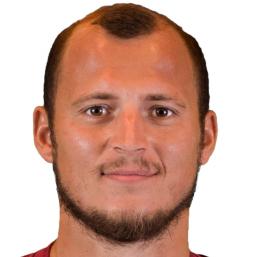 FIFA allow Zozulya to return to Dnipro... who can't sign him