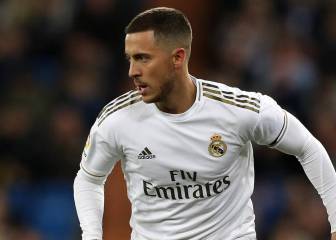 The match has been postponed until October 5, due to safety and security concerns.

The Asian football governing body reached this decision due to geo-political tension in the Korean peninsula.

The game was originally scheduled for March 28th; however, it was postponed after the murder of Kim Jong Un’s half-brother in Kuala Lumpur.

AFC rearranged the date to June 8th, but the Malaysian national team appealed against having to play it in North Korea.

Now, for a second time, the AFC has rescheduled the match, this time to October 5th, the next best available FIFA matchday. The venue has yet to be decided.

'Although the AFC had proposed on May 8, 2017 that the match ... take place in the DPR Korea capital, recent developments have forced the AFC to reconsider the decision on the grounds of safety and security,' stated the AFC.

'I'm very concerned about the safety assurance regarding the accommodation provided and the food. According to the information I have received we need to bring our own food due to the possibility of sabotage.

'Another big concern is the issue of refereeing because if there are decisions going against the North Koreans, there is the possibility that the safety of match officials will be affected and that will surely put them under pressure,' posted Tunku Ismail on the Football Association of Malaysia’s Facebook page.

Closely monitoring of the situation

AFC mentioned that the decision regarding the venue for the match, will only be taken after ‘closely monitoring’ other AFC fixtures in Pyongyang over the coming months.

Also, an AFC Cup tie between North Korean side Kigwancha SC and Mongolian squad Erchim, will take place in Pyongyang on May 31.

After those matches, the AFC will make a decision regarding the venue for the AFC Cup qualifier between North Korea and Malaysia.

Geopolitical tension on the Korean Peninsula

AFC’s decision was made because of concerns about ‘geopolitical tension on the Korean Peninsula’.

A few hours before the reschedule was announced, South Korean President Moon Jae-In, said there was a ‘high possibility’ of conflict with North Korea as tensions mount over Pyongyang pressing with nuclear and missile programs.

This comment came a few days after North Korea tested its latest missile, described by experts as the most successful so far, potentially capable of carrying a huge nuclear warhead.