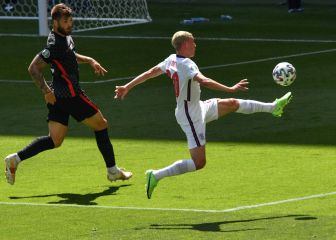 Spain manager Julen Lopetegui has announced his squad for the upcoming friendly against Colombia on June 7 in Murcia’s Nueva Condomina and the World Cup qualifier against Macedonia in the Phillip II Arena in Skopje and has handed Real Madrid’s Marco Asensio a second senior call-up.

Lopetegui will not be able to call on Asensio or his Real Madrid teammates Sergio Ramos, Nacho, Dani Carvajal, Isco and Álvaro Morata for the Colombia game due to the Champions League final but the six will make the trip to Macedonia after the showpiece match in Cardiff.

Athletic's Kepa in senior squad for the first time

Lopetegui has made few changes to his last squad but Athletic Bilbao’s 22-year-old keeper Kepa Arrizabalaga has been included in the senior squad for the first time in place of Sevilla’s Sergio Rico while Sergi Roberto comes in to the defence in place of Bayern Munich’s Javi Martínez. Asensio, who made his Spain debut against Bosnia-Herzegovina a year ago, replaces Manchester United’s Ander Herrera, who was named player of the season at Old Trafford.

Kepa, Asensio and Gerard Deulofeu have also been named in Spain's under-21 squad for the European Championship in Poland in June.