The Danish left-back left a cryptic message on his Twitter account: "Happy to have played at this great club, hope to see you next season". His agent met with Miguel Torrecilla.Barcelona-Betis

Betis' season didn't end in the manner they had hoped - the team was held by Sporting in their final game of the season yesterday and finish the campaign in 15th. The one glimmer of light on what has been an erratic season for the Verdiblacos as been the best signing Miguel Torrecilla has made as the club's Director of Sport : Riza Durmisi. However, the Danish left-back didn't have an ideal end to the season, it was his monumental gaffe which allowed Carlos Carmona to grab a late equaliser for Sporting at El Molinón; and now Durmisi has left to hook up with the Denmark national side who have games coming up against Germany and Kazakhstan. Before leaving, he left a cryptic message on Twitter.

"Thank you for this season, I'm happy to have played for this great club, hope to see you next season", wrote Durmisi on his Twitter account, leaving his future dangling in the air. AS can confirm that Durmisi's agent held a meeting with Torrecilla in Heliópolis just a few days ago and the Director of Sport declared that Betis have not received any offers for the defender - even though the club needs to sell several players this summer to balance their accounts.

Liverpool on the lookout for a left-back

Back in January, the English press reported that Liverpool were keen on signing Durmisi. The player then exclaimed that he was flattered by the interest but also underlined that he was happy at Betis where he can continue developing as a player. Durmisi says that maybe in the future he will be open to joining a big club; on a few occasions he has hinted that he has a preference for Real Madrid, the club he has supported since he was a boy. Durmisi has scored one goal for Betis - a free-kick, and received three bookings in the 26 appearances he has made this season; his buy-out clause is set at 20 million euros. 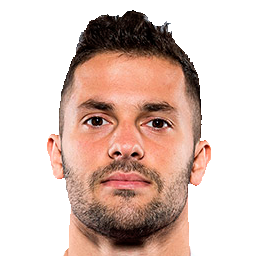 Durmisi says it "would be stupid" not to consider Liverpool offer