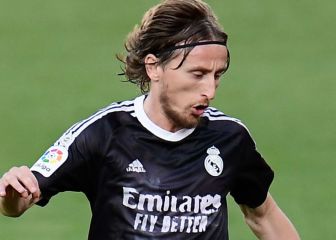 The veteran defender is out of contract next month and has yet to receive an offer. Pepe wants two years but Real Madrid prefer a 12-month deal.

Real Madrid defender Pepe has reiterated his desire to remain at the Bernabéu beyond the length of his current deal, which expires on June 30.

Pepe: "The club have more important things to think about"

Speaking at the celebrations in Madrid City Hall after Zinedine Zidane’s side secured the Liga title on Sunday night with a 2-0 victory against Málaga in La Rosaleda, the 34-year-old said: “My future? As we have a Champions League final around the corner it would be disrespectful to talk about that. The club have more important things to think about at the moment. I’ll wait until the last minute to see what happens.”

Pepe, who signed for Madrid from Porto in 2007 for 30 million euros, has yet to reach an agreement with the club over an extension to his current deal. The club would prefer to hand Pepe a 12-month contract but the player is holding out for a two-year deal.

An offer from Hebei Fortune in the Chinese Super League was rejected by Pepe, who would prefer to remain in Europe with the World Cup in Russia next year coming up. Manchester City, Inter Milan and PSG have all reportedly made offers but Pepe is still hopeful of coming to an arrangement with Real Madrid. “A part of my heart will always be Madridista. I owe the club a lot for what they have given me. And the fans, for the affection they have always shown me, when I’m playing and when I’m not. It’s for them that I work hard and fight to achieve our goals.”

Zidane on Pepe future: "I want him to stay"