Marcelino: "We'll take Valencia back to where it belongs to be" 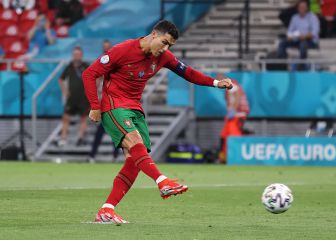 Marcelino: "We'll take Valencia back to where it belongs to be"

The coach was presented at Mestalla on Tuesday: “We need stability and we need to be realistic. We need to be aware of where we are coming from and where we want to be”.

Mestalla's press room could have done with a few extra square feet to accomodate the huge demand for accreditations for the official presentation of Marcelino as Valencia's new coach. The stage was just as full with Mateo Alemany, Anil Murthy and José Ramón Alexanko accompanying Marcelino and Layhoon Chan and Voro sat behind their desks in front of parctically the whole board and technical department.

Marcelino was clear about how he sees the team's objective next season after finishing 12th in the campaign just finished: "We need stability and be realistic. We need to be aware of where we are coming from, the position in the table we occupied, and we ned to be sure about where we want to be. The desire to win and return Valencia to where they belong should be something which unites all of us because together, we will be stronger".

The 51-year-old also made a plea with the fans for support so that "so that the players can feel that their people are always there for them in Mestalla" before adding: "I've learned that to accept the job as a coach, you need to be committed, you need to transmit energy and ambition. The challenge is an exciting one. I'm a hard-working, demanding coach and I like order, discipline, commitment and passion..."

As for the players, Marcelino had the following message: "They are all needed but none of them is indispensable. The players need to commit themselves with the idea of being competitive and ambitious. As ask them for humility, determination, solidarity and ambition. Without those things it is impossible to gain positive results. Those values are vital if we are to defend the Valencia shirt".

📝📷Marcelino and his coaching staff got to know Mestalla https://t.co/GgCSMRdlv4

Valencia keen on Camacho and Coquelin