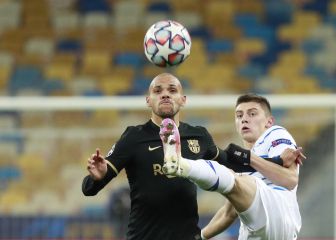 The French coach and his squad flew out of Madrid on Friday morning and along with all the expected names was the name of young Enzo Zidane.

Zinedine Zidane flew out of Madrid on Friday morning with his Real Madrid squad as they get ready to face Juventus in the Millenium Stadium of Wales tomorrow (KO 20:45 CEST). One name on the squad list came from the youth ranks, with the manager's son, Enzo Zidane, taking his seat on the plane.

Ahead of the final itself, Zidane will have to remove seven players from the 25 that travelled to leave him with his first team match squad.

Juventus-Real Madrid: how and where to watch times, TV online